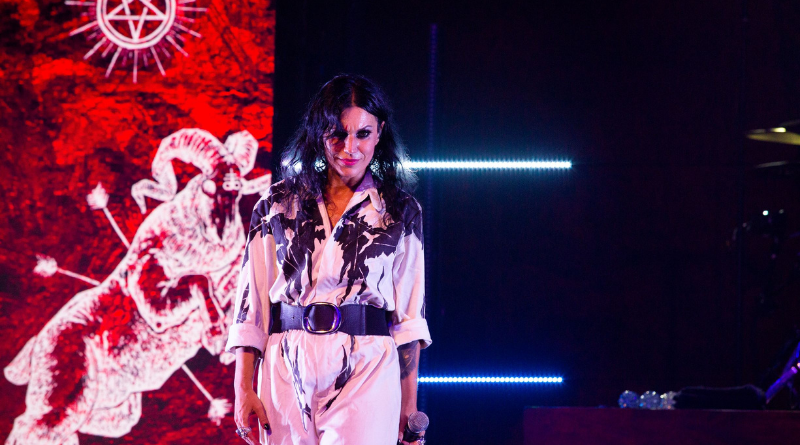 A live performance recorded in front of nobody? Lacuna Coil pulls it off. This is a terrific live album.

Modern Italian metal band Lacuna Coil’s contemporary sound where pop melodies sit comfortably on the same couch as growling mayhem, isn’t for everyone. They don’t care what you think metal should sound like. They do their own thing and they are very good at it. On this 16-track live release we get some splendid music performed by a band of musicians on top of their game. I saw them live here in Japan in 2016 and on this live album we get an equally impressive show. This is a band confident in themselves and their abilities. In the past decade or so, there has been a wave of bands combining heaviness with catchy melodies. Some pull it off, others fall on their asses. Lacuna Coil is one of the best of these bands. Formed in Milan in 1994, Lacuna Coil’s easily recognisable signature sound is based on heavy guitar riffs, dreamy keyboards and the combination of Cristina Scabbia’s beautiful voice and Andrea Ferro’s growls. Powerful, dreamy, modern, hard-hitting and contrasting. It’s all there in Lacuna Coil’s music. In addition to vocalists Cristina and Andrea, the band consists of Diego Cavallotti (guitar), Marco Coti Zelati (bass, keyboards, guitar) and Richard Meiz (drums). This live release is a great testimony to what this band is capable of. Lacuna Coil, unlike some other bands, is not a studio product that can’t be performed live. This is not the band’s first live release, but it is by far its best. It was recorded live in their hometown of Milan in September 2020, but there were no fans present. This was a pandemic-era live stream enjoyed by fans around the world but with no one at the venue. A live album recorded without an audience is weird, yes, but the band pulls it off. Performing in front of an empty venue with no audience reaction to feed off must be hard. On that evening in Milan, the band performed its 2019 album “Black Anima” in its entirety, all 14 songs, including “Black Feathers, “Through the Flames” and “Black Dried Up Heart” that were bonus tracks on some editions of the original album. The album also features a live version of the track “Bad Things” (the original studio version was released as an Amazon exclusive) and we get a second version of the terrific track “Save Me”. The splendid so-called “Apocalypse Version” of “Save Me” is performed as a piano ballad (with Silvia Zanaboni guesting behind the piano). The piano provides a terrific frame to Cristina Scabbia’s voice. The studio album “Black Anima” was great, but this live version is so much better. A great live album recorded in front of no audience whatsoever, who would’ve thought?

Lacuna Coil “Live from the Apocalypse” is out today via Century Media Records.