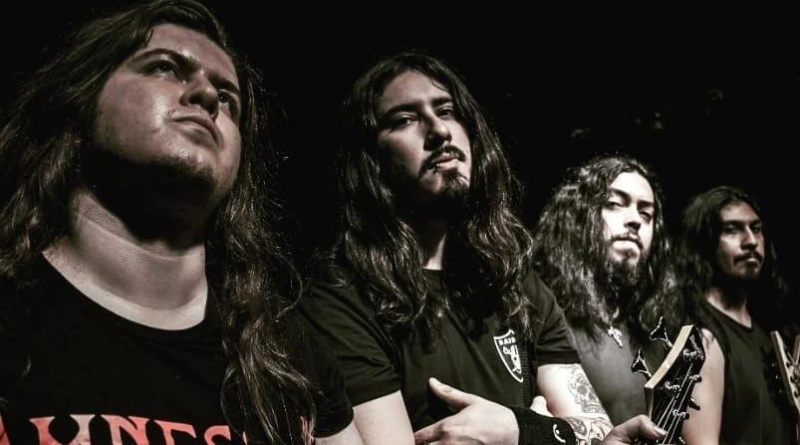 Amnessia Eterna from Chile plays thrash metal just the way I like it: straight up. No fancy sound effects or over-the-top guitar wankery. Just thrash metal. OK, there are a few slower songs on the album – such as the beautiful guitar instrumental “Desvanecidos” – which is a good way to give everyone a breather once in a while, but the rest of the tracks are punch-in-your-face-style thrash metal songs. “Malditos” is the band’s debut full-length album and it is a strong one. At first, it may seem a simple form of thrash, but it is rather refreshing with a band just here to play thrash metal. All the lyrics are in Spanish which further helps this band to stand out from the pack. While there are no bells or whistles here, it is well-crafted music. The album is also quite varied, but all within the traditional thrash metal borders. “Desquiciado Pecador” is perhaps the album’s top track – gloriously straightforward meat-and-potatoes thrash with some on-fire guitar work. Another favourite is “En busca del Poder” which is rather catchy in a thrash metal way. I also dig “Falso Predicador” which is slow-yet-heavy thrash metal. Overall, this is a splendid debut album with eleven good songs. This band – which consists of Camilo Sánchez (vocals and guitar), Rudy Pereira (guitar), Jairo Sepúlveda (drums) and Fernando Martínez (bass) – is off to a great start.

Amnessia Eterna’s album “Malditos” will be released on 30th July via Brutal Records.