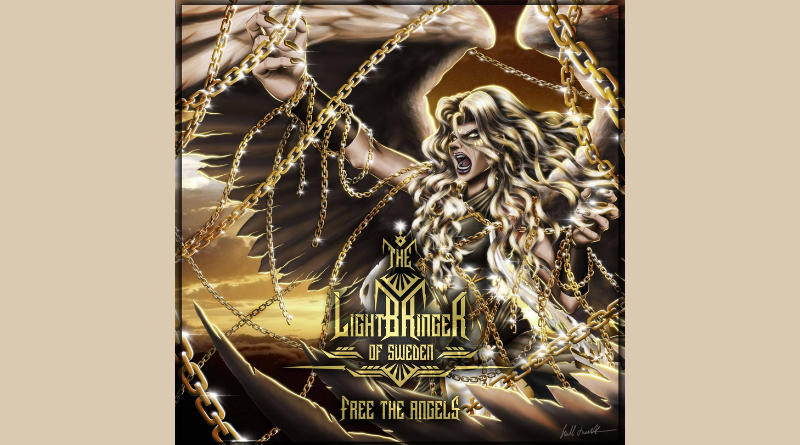 Lars Eng is back with a new The Lightbringer of Sweden single. “Free the Angels” is European power metal at its best.

Heavy, fast, riff-happy and yet very melodic in a bombastic power-metal way. The Swedish guitarist and composer Lars Eng is back with a new The Lightbringer of Sweden single, “Free the Angels”. It follows the same path as the band’s debut album “Rise of the Beast” from 2020. On the debut album the dark forces were in focus and now it seems that the tables have turned and the good guys are fighting back on album number two. “Free the Angels” is the first single from the forthcoming second album. The German singer Herbie Langhans (Avantasia, Firewind, Radiant, Sonic Haven) is still behind the microphone. He is one of metal’s best current melodic metal vocalists in Europe and he is not holding anything back on this new track. But as great as Herbie’s vocals are, and the fab production and skilled musicians, it is Lars Eng’s songwriting that is the key ingredient in The Lightbringer of Sweden. Lars has studied his 1980s metal heroes, been inspired and used that to create his version of power metal. It is refreshing with a single that clocks in at 6:20. It is a statement of defiance. Screw the three-minute rule! This is a great track and it demands its six-plus minutes. In addition to Lars and Herbie, the band consists of Tobbe Jonsson (Angeline) on drums, Johan Bergqvist on bass and Carsten Stepanowicz (Radiant, Sonic Haven) on guitar. It is a terrific first taste of the next album. Bring it on!

The Lightbringer of Sweden’s new single “Free the Angels” will be out on 8th September.