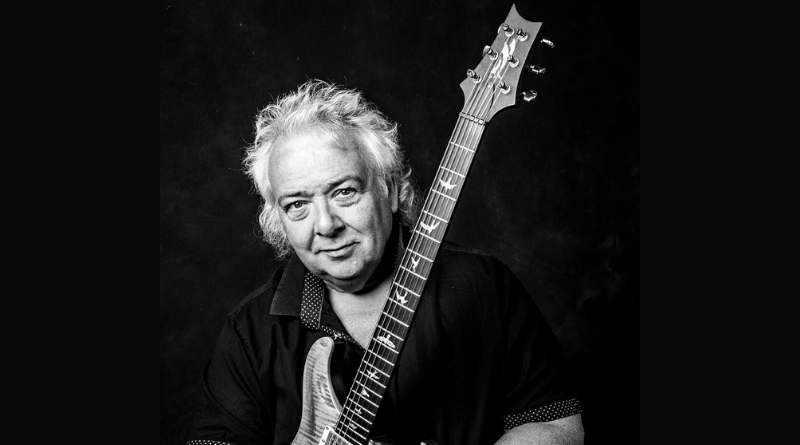 Bernie Marsden is best-known as Whitesnake’s co-founder, guitarist and songwriter. Prior to Whitesnake, Bernie played with UFO, Wild Turkey, Cozy Powell’s Hammer, Babe Ruth and Paice Ashton Lord. He has also had an active solo career playing both rock and blues and has played with Ringo Starr. Roppongi Rocks’ Stefan Nilsson talked with Bernie about the five albums that changed his life.

“Having been totally smitten by the arrival of the Beatles on television and radio with ‘Please Please Me’, I was a confirmed Beatles fan. But it was their second UK album that I believe made my decision to play the guitar as a job, even at the age of 12! From the opening guitar line of ‘It Won’t Be Long’ I was hooked. I first noticed the songwriting credits on an album, wondering what those bracketed names meant. The simplicity of the line-up was important, two guitars, bass and drums, and crucially on both early Beatles albums it clearly stated who played individual instruments, and so the magical words ‘lead guitar’ entered my life. Each day after school I would rush home to play the album. I didn’t have a guitar at the time. I now realise that it was at this point I wanted one very soon. I’m still trying to perfect George’s solo in ‘All My Loving’ and the rhythm guitar of John Lennon all through this album is still mesmerising. It was also the first album I ever took notice of the cover. Still timeless.”

John Mayall and the Bluesbreakers “Blues Breakers with Eric Clapton” (1966)

“By the time this seminal album was in my hands I had been playing guitar about three years. I had discovered Eric Clapton when he was with the Yardbirds. I had their live album featuring him. I was a Yardbirds fan, so when he quit, I was concerned. Jeff Beck entered my life, I was quite pleased! Hearing the ‘Blues Breakers’ album for the first time was THE turning point really. Such spectacular guitar playing, the sound, his phrasing and overall feel was daunting. I was about to be 16, but this Clapton guy was barely 21 and already playing incredibly good guitar. Even at 16, I inherently knew this was very special indeed. His playing is flawless, inspiring and still unbelievable for me.”

“Next, Jimi Hendrix touched down in England. So, after the emergence of Clapton as ‘God’, where do you find new heroes? Jeff Beck, who I feel should be in my five, was rapidly getting followers and rightly so. A friend of mine quietly passed me an album to ‘check out’. I had heard Jimi Hendrix on the radio with ‘Hey Joe’. The word was quietly out about the unknown American who just might be as good as Clapton. Nobody believed that, until this LP arrived. I wasn’t prepared for the next 40 minutes, from the opening feedback of ‘Foxy Lady’ I was in a state of audio shock! I of course was fully committed to Cream but this was difficult to take in. Could this be as phenomenal as I first thought? I immediately played the album again. It was. And I’m still of the opinion it might be THE greatest debut LP of all time. I saw Jimi Hendrix first in 1968 at the Woburn Festival, and everything I expected from him was delivered. A unique artist, I was privileged to see him and be one of my generation to witness from start to finish of his important, but so short, career.”

“There has always been a debate about Jeff Beck’s ‘Truth’ album and the 1969 debut Zeppelin album. I can understand the comparison. I had ‘Truth’ and was amazed at Jeff’s sound and style. A friend was raving about Led Zeppelin. I was aware of the names Jimmy Page and John Paul Jones through their involvement with the ‘Truth’ sessions but knew little about them. Crucially I had never heard the names of Robert Plant and John Bonham though. Their contributions are why this album is in the list. Jimmy was very clever post his input on the Beck record to put a line up together and produce this great sounding record, it was Plant that made me listen. I still listen today to all his records. A class act and great person.”

“Still today, just the title of this album makes me smile. It takes me straight back to my first year as a pro musician, cruising and flying along the autobahns of the then West Germany. I was with UFO, a band so far musically removed from Steely Dan as you can imagine. Each day during my first tour I would hear ‘Reelin’ In the Years’ on US Forces radio, booming out of small and large car speakers! I could never at first make out the lyrics, but all I cared about was the first parts, and then THAT solo. Take a bow and much respect to this day, Mr Elliott Randall. The song made me realise the importance of being a good songwriter. As soon as I could I obtained ‘Can’t Buy a Thrill’. I was amazed, each and every song was original. I had never heard of Becker and Fagen, and yet here was a whole album of their music and a band of brilliant musicians to match. It confirmed a short part of my history with UFO, listening to the Dan and then playing heavy metal was never going to work. I resolved there and then to be a writer in a band I wanted to be in. It took a while, but it was Steely Dan who opened the doors.”