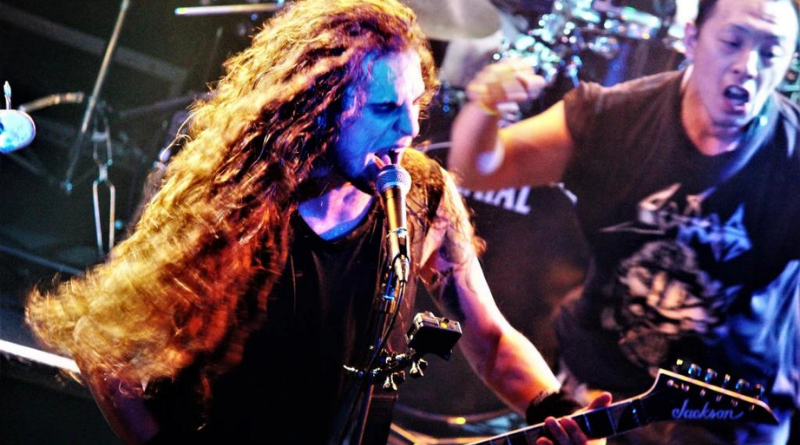 Lenny Bruce is the guitarist and lead vocalist for the German thrash metal band Dust Bolt, a band known for its high-energy stage shows. They released their debut album “Violent Demolition” in 2012 and their fourth and most recent album, “Trapped in Chaos”, came out in 2019. Roppongi Rocks’ Stefan Nilsson talked with Lenny about the five albums that changed his life.

“I tried to mix it up a little bit with musical styles, which probably describes my personality and taste in music best. I am a metal lover, with the blues in my heart, that grew up with the 90s grunge era music around me when I was a kid.”

“I remember getting into heavy music basically through this album. After exploring bands like Green Day and Nirvana when I was 11 or 12, I suddenly felt the need to find something more aggressive and more absurd somehow, without knowing that something like that would exist, you know? Back then there still wasn’t the internet or smartphones where everything is available. I didn’t go into records stores yet because I actually didn’t know what I was looking for. One late night I put on the TV and saw Slipknot’s ‘Before I Forget’ as a music video, which is on the 2004 album ‘Vol. 3: The Subliminal Verses’, and I was blown away. I’ve never heard something like that before and I didn’t know there was music where people would just scream. My sister told me that fans of that music are really insane and that I should stop asking. But one day she brought a CD with Slipknot songs which turned out to be the ‘Iowa’ album. I would listen to nothing else for three years straight. The songs and lyrics, the aggression, pain and anger were exactly what I felt and needed at that time. This definitely changed my life. This might have been the beginning of exploring and actually playing metal music afterwards.”

“I am an absolute grunge kiddie when it comes to the music and bands such as Nirvana, Alice In Chains, Mudhoney and more. But the band I found out about later was Pearl Jam. A friend put on the music in the car on our road trips and the songs just wouldn’t get out of my head. Later on, I found their Pinkpop live performance on Youtube and that was just it! Great drumming, bluesy guitars, extraordinary singing and beautiful lyrics. This is how emotional rock music can get. At least that’s how I feel. They are still probably my favourite band when it comes to their message, behaviour, responsibility and political encouragement. I won’t go into details at this time, but this album definitely saved my life and gave me hope when I needed it.”

“Such a classic! I love Jackson Browne and 70s music! This album is just beautiful. It’s crazy that it’s all been recorded live! I just love the simplicity of the songwriting and performance. The songs are so strong and they tell a story. I just love that. I you don’t know that record, get into your car, drive down into the sunset and get yourself some Jackson Browne, trust me!”

“Uff… It’s hard to say anything about this one. It speaks for itself. Such a beautiful piece of art! This album got me into being interested in music production and recording. I love how Jack White breaks all the modern rules of production – because there are none! And that´s what makes the music sound so organic, special and beautifully imperfect. It’s about the mistakes, the heat of the moment. And not about quantizing and make humans sound like robots.”

“Last but not least – Stevie! I actually wanted to list a punk record here, as I’m a great 80s punk and hardcore punk fan, but Stevie won the race as this is probably one of the records I´m listening to the most. When I first heard Stevie Ray Vaughan´s ‘Lenny’, I knew how I wanted to play the guitar. His music gives me goosebumps every time, any second. He’s just my favourite guitar player in blues next to BB King. Could listen to him all day long.” 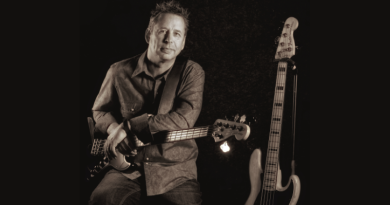