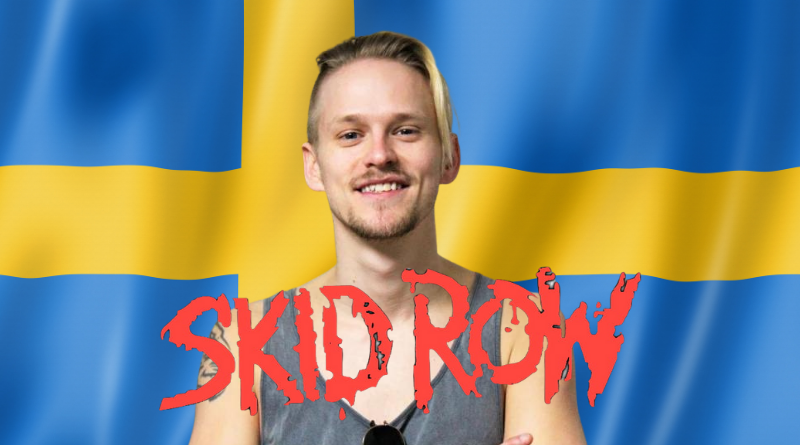 American hard rock band Skid Row has announced that it has parted ways with singer ZP Theart (who previously sang for Dragonforce) and the band has with immediate effect brought in Swedish vocalist Erik Grönwall as his replacement. Erik’s singing career kicked off with him winning the Swedish “Idol” TV show in 2009. His debut solo album (which included a cover version of Skid Row’s “18 and Life”) reached the number one position in the Swedish charts. In 2010, he joined the band H.E.A.T and stayed with the band until 2020. During his decade with the band, he sang on four studio albums and two live albums. He toured the world with them, including two successful Japan tours. In 2018, Erik performed with Alice Cooper in a televised version of the musical “Jesus Christ Superstar”. Most recently, Erik reunited with his old H.E.A.T bandmate Jona Tee in the power metal band New Horizon. In the past year, Erik battled with cancer but has made a remarkable recovery and is no doubt ready for the new challenge that fronting Skid Row brings.

Skid Row was formed in New Jersey in 1986 and its self-titled debut album put them on the map in 1989. The current line-up of the band consists of Rachel Bolan on bass, Dave “The Snake” Sabo and Scotti Hill on guitars, Rob Hammersmith on drums and Erik Grönwall on lead vocals. The Skid Row members are currently working on their next album, “The Gang’s All Here”, which will be released on 14th October via earMUSIC. The title track will be released as a single on 25th March. Erik will make his live debut with Skid Row in Las Vegas on Saturday 26th March when they open for Scorpions.