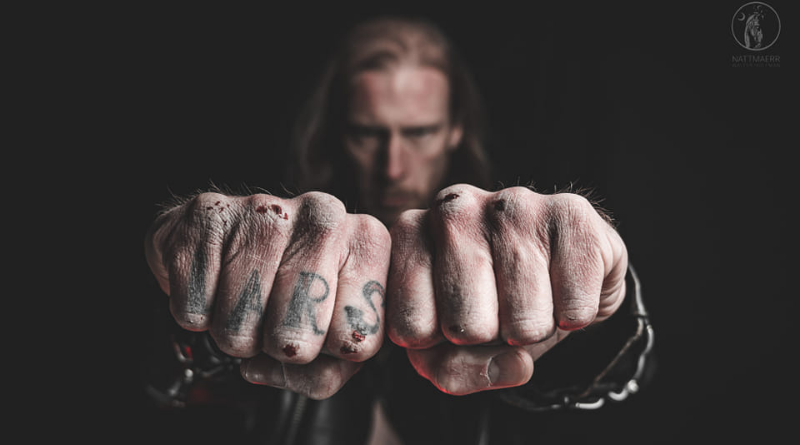 Ex-Marduk drummer returns with a project combining Norse mythology with thrash and black metal with some hardcore and crust sprinkled on top.

Hild’s main man Lars Broddesson is best-known as the former drummer for Swedish black metal band Marduk (2006-2013). He has also played with Funeral Mist, Black Altar, Death Wolf, Myronath, Ofermod and others. In Hild, Lars not only plays the drums, he does everything. Hild is a one-man project. The new two-track single “The Great Unrest” is Hild’s second single release since the project was founded in 2021. The sound is intriguing. At a first glance, the two tracks, “Hrist” and “Wodurida”, come across as crude and primitive. But the listener quickly realises that there is more to this than simplicity. It is actually quite complicated music and, more importantly, it is very good music. Lars calls this “violent Swedish metal”. It is a mix of black metal, thrash metal, hardcore punk and crust. It’s full of energy, fast, short, slightly chaotic, in-your-face and very good. Hild is music that lives in the wonderful world of Norse mythology. Lyrically, the songs follow a battle theme and deal with the Valkyries, maidens who served the mighty Odin and whose main job was to guide the souls of fallen soldiers.

Hild’s “The Great Unrest” two-track single will be released on 11th April.