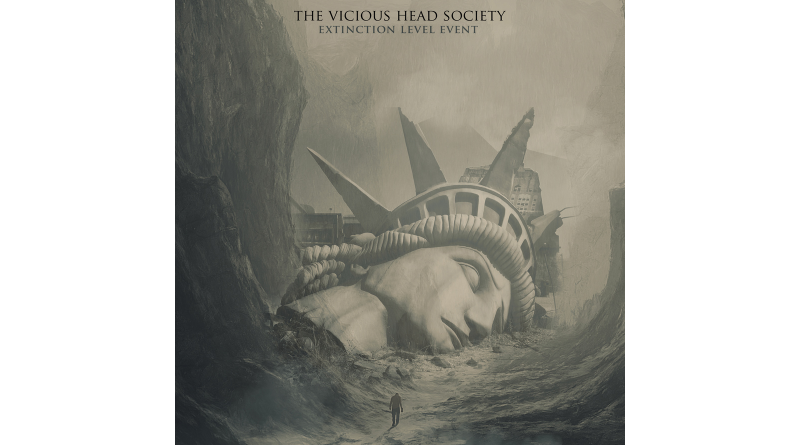 “Extinction Level Event” is the second album by The Vicious Head Society, a progressive metal project by Irish musician Graham Keane. The Vicious Head Society debuted in 2017 with the album “Abject Tomorrow”. The follow up “Extinction Level Event” is a concept album about the end of the world. Well, cheer up, we’re not dead yet. And until the world ends, we can listen to this magnificent prog metal album. What we get is a modern-sounding progressive metal album with influences from all over the place. On a track like “Judgement” (clocking in at over ten minutes), death metal style growling sits next to some Oriental-inspired instrumental parts. Two of the album’s nine tracks are instrumental. On this new album, Graham (on guitar and keyboards) has the help of some fine musicians, such as Nathan Maxx (lead vocals), Klemen Markelj (drums), Pat Byrne of Irish prog rockers Hedfuzy (bass), Matheus Manente (bass), Nahuel Ramos (keyboards), Andy Ennis of Overoth (growls) and violinist Shelley Weiss. Australian guitarist Chris Brooks guests with some insane guitar work on the track “YP138”, one of the peaks of the album. What makes this an exquisite prog metal album is the combination of skilled musicians, excellent songwriting, a modern production and great musical variety. The album never gets boring. There are twists and turns as well as mood and tempo changes throughout this musical journey to the end of the world. And unlike some other prog metal acts, The Vicious Head Society keeps over-the-top musical wankery out of its music.