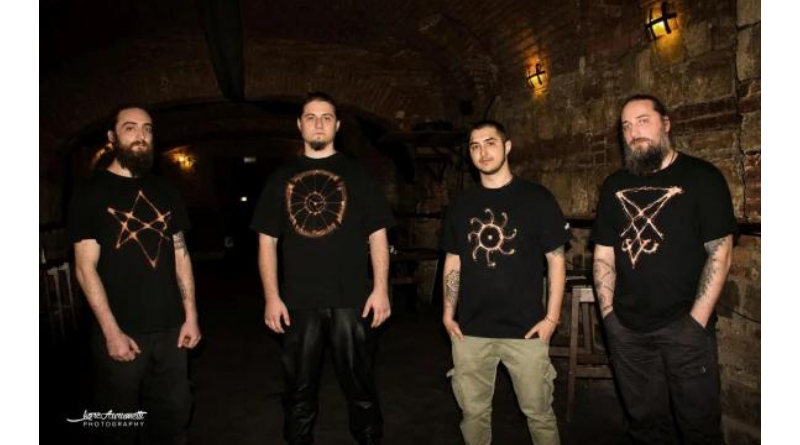 Ashaena is a great folk/pagan metal band from Romania. Their second studio album, “Calea”, will be released in July.

Ashaena plays what they call Moldavian heathen metal influenced by Romanian mythology, folklore and ancient history. While it is a bit different, the music fits nicely into the pagan metal scene.

Ashaena formed in 2006, initially as a solo project by Cosmin “Hultanu” Duduc. It soon evolved into a band which recorded its debut album, “Cei Nascuti din Pamant”, in 2008. They are now back with a very strong second album. “Calea” is a very enjoyable album with seven folk-inspired metal songs that live in a timeless sound landscape. If it weren’t for the electric guitars, much of this could have been rock music from the Middle Ages.

The opening track “Tapae 87” is heavy, dark and a bit aggressive. It is followed by the title track, “Calea”, which is a more folk-inspired song. That great mix of heavy metal and folk music is what we get throughout this solid album. While Ashaena’s music is quite heavy at times, it is always melodic and not brutal. There are extensive instrumental parts on many tracks which takes the band into the progressive metal space. Ashaena also makes great use of choral sections which adds a kind of medieval touch to the music. Overall it is a great melting pot of quality music. The album has a crystal-clear production, great musicianship and some fantastic songs.

Is Romania the new Finland? It’s too early to tell but I want to see Ashaena go on a world tour in support of some Nordic pagan metal bands. The world deserves to hear this.

Ashaena’s “Calea” will be released on 18th July on Loud Rage Music.