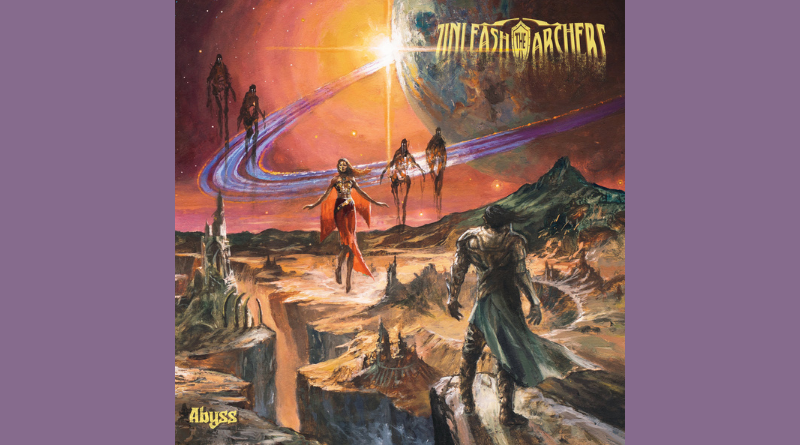 On “Abyss”, its new studio album, Canada’s Unleash The Archers shows us some new sides to its creativity. There are more keyboards and some pop, but the fierce metal riffs are still there and so is the fabulous voice of Brittney Slayes.

Songs like “Abyss”, “Return to Me” and “Soulbound” are classic Unleash The Archers but with more keyboards. They’re fast, powerful, riff happy and melodic songs. “Faster Than Light” is, yes, fast. Very fast. It is power metal played like speed metal. Love it. “Afterlife” is classic Unleash-style power metal but with some cool Nightwish touches to it as well. “The Wind That Shapes the Land” is a terrific combo of classic Unleash with some more contemporary influences. “Legacy” is another refreshing track that is a melting pot of various styles and influences. I really like how the band can walk deep into new territory without getting lost, whether it is a dark and dense Finnish forest or a sunny Californian pop beach. The Japanese edition bonus track “Sunglasses at Night” (a Corey Hart cover) is my favourite track on the album. It takes the band into pop music mixed with guitar riffs and Brittney Slayes’ voice. The result is terrific. This metal band is not afraid of making use of whatever musical influences they happen to discover. It is impossible to describe Unleash The Archers without zooming in on what sets them apart from most other bands: that voice with a four-octave range. Brittney Slayes has a voice that is beyond sensational. She has the power, the range, the skill, the knowledge and the attitude. She was born with a world-class voice, but she also has the skill to know how to use it in different situations. When Unleash The Archers played Japan for the first time in 2015, I was floored by that voice. But this band is not all about that fantastic voice. They also have a tight rhythm section and terrific guitars as well as some of the best songwriting to come out of Canada since Neil Young was still living in Canada.

Unleash The Archers’ new album “Abyss” will be released on 21st August via Ward Records in Japan and Napalm Records internationally.