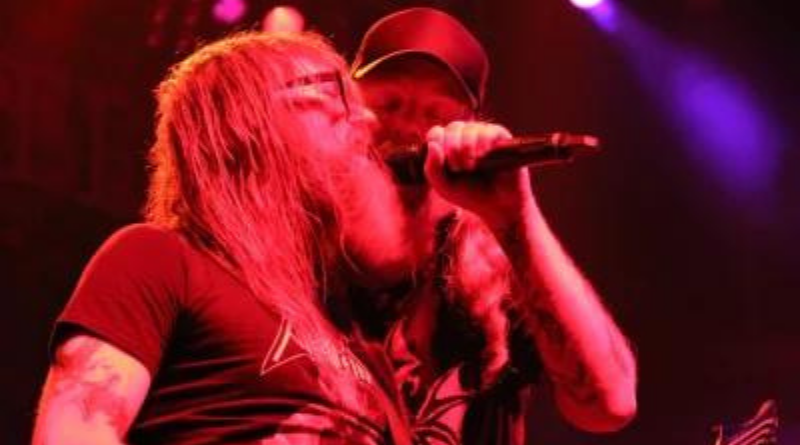 Swedish melodic death metal pioneers At The Gates push the boundaries on the new album.

Founded in 1990, At The Gates was one of the pioneering bands of the Gothenburg Sound of melodic death metal. The band shaped the sound of a whole subgenre of death metal and inspired extreme metal bands across the world. What do you do when you have a well-established signature sound that has been at the centre of an entire subgenre? Been there, done that. Well, if you’re At The Gates, when it’s time for your seventh studio album, you move on of course. Yes, fear not, the band’s signature sound is still there, including Tomas Lindberg’s characteristic voice. But – and this is a bloody big BUT – they are really pushing the boundaries on many of the songs on the new album. It’s a bit as if Frank Zappa had decided to play death metal. At The Gates always had a bit more darkness than its peers and also more progressive elements in its music, but this time the band is really going for it. “The Nightmare of Being” is death metal’s answer to The Beatles’ “Sgt. Pepper’s Lonely Hearts Club”. The band line-up is the same as on the last album, 2018’s “To Drink From the Night Itself”. In addition to Tomas, there is Martin Larsson and Jonas Stålhammar on guitars, Jonas Björler on bass and Adrian Erlandsson on drums. On the wonderful track “Garden of Cyprus”, the band goes full avant-garde prog/jazz rock meets death metal with freaking saxophones and all! This album is not what I expected but bloody hell, it is terrific! They have really taken some artistic freedom here and created something new. This was always an intense and creative band, but now we’re not only talking about breaking down borders, this time it is about refusing to recognise that there are borders. The result, to me, is unexpected but better than I could ever imagine. The track “The Fall into Time” is like a mini rock opera with everything from “normal” melodic death metal to experimental and jam-tastic prog metal crammed into six minutes and forty-five seconds. The music is exquisite. The track “Cosmic Pessimism” is fantastic. I had it on in the background as I was working on my laptop. At the end of the song, when I realised that I was still listening to the forthcoming At The Gates album, a big smile appeared across my face. The track reminds me somewhat of Behemoth frontman Nergal’s dark folk project Me and That Man. King Diamond guitarist Andy La Rocque was involved in the production of this fab album and he also contributed a smashing guitar solo on the track “Spectre of Extinction”. Long live At The Gates and the band’s refusal to conform. Obviously, I love their old-school Gothenburg sound from the early days of the band. But this partly new direction on the new album takes this to a whole new level. There is so much good and unexpected stuff on “The Nightmare of Being”. You should buy it and experience it for yourself. You are worth it. You deserve it. It’s fucking awesome.

At The Gates’ album “The Nightmare of Being” will be released on 2nd July via Century Media Records.