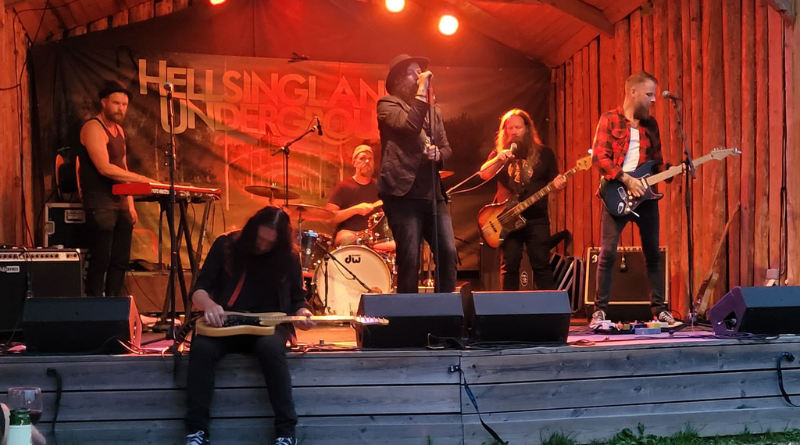 “It Started with a Teardrop” is the first single from dusty Swedish rockers Hellsingland Underground’s sixth studio album, “Endless Optimism”, which will be released in November. Hellsingland Underground is a dysfunctional band of brothers that somehow create exquisitely beautiful music out of that creative chaos. Since the band was formed in 2006, there have been some line-up changes. But the band’s beating heart has always been the musical and songwriting partnership of frontman Charlie Granberg and guitarist Peter Henriksson. The new single has been co-written by the two gentlemen. We get slow-ish, rootsy, dusty, folksy rock built around a laidback song and, as always, excellent storytelling. Comparing Hellsingland Underground to other artists is hard. But, if we must, it’s Imperial State Electric meets Thin Lizzy meets The Waterboys meets Nick Cave meets The Pogues meets The Church meets Kris Kristofferson meets Bob Dylan meets Neil Young meets Tom Petty meets The Quireboys meets The Black Crowes meets Primal Scream meets… The influences are many but this is Hellsingland Underground. It’s not a band. It’s a dysfunctional melting pot. It’s a family of musicians. It’s an attitude. It’s a lifestyle. This new single is a heads-up, a calling card. Get ready for the new album and more touring. Hellsingland Underground will entertain you whether you are ready or not.

Hellsingland Underground’s single “It Started with a Teardrop” will be released on 9th September via Wild Kingdom/Sound Pollution Distribution.